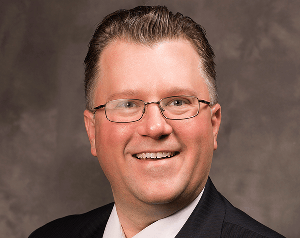 Member
Scott Giles
Chief Executive Officer and Executive Director
Missouri Higher Education Loan Authority (MOHELA)
Scott D. Giles serves as the Executive Director and Chief Executive Officer for MOHELA, and Chairman of the Board for Knowledge Finance. He also serves as Chairman of the Board for the Missouri Scholarship and Loan Foundation. Mr. Giles previously served as the Deputy Executive Director and Chief Operating Officer, while transitioning into the CEO role. Mr. Giles recently served as the President and Chief Executive Officer of Trellis Company, Trellis Ventures and Waypoint from 2018 to 2021. In Texas, he was a member of the Texas Business Leadership Council and the Round Rock Chamber of Commerce. Mr. Giles also previously served as the Director of Finance and the Chief Financial Officer for MOHELA from 2006 to 2018 and as Treasurer from 2005 to 2006. Prior to joining MOHELA in 2005, he served as the Director of the Missouri Student Loan Group of the Missouri Department of Higher Education. Mr. Giles is currently the Immediate Past Chairman of the Board of Directors of the National Council of Higher Education Resources and he previously served as a member and Chairman of the Board for Mapping Your Future. He has also served as a commissioned bank examiner with the Federal Reserve Bank of St. Louis and as an assistant bank examiner with the Missouri Division of Finance. Mr. Giles holds a Bachelor of Science degree in Business Administration with an emphasis in Finance from Southeast Missouri State University and Master of Public Administration degree from the University of Missouri Columbia.