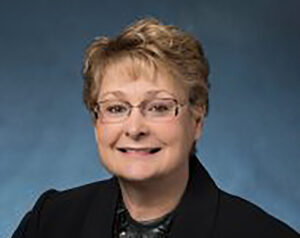 Member
Dr. Beth Tankersley-Bankhead
Consultant
Dr. Beth Tankersley-Bankhead is the president and CEO of Kansas City Scholars, Inc. Tankersley-Bankhead, who previously served as the director of postsecondary initiatives in Education at the Kauffman Foundation, steered the development of KC Scholars with input from over 70 community stakeholders in the Kansas City region and led its incubation at the Kauffman Foundation. KC Scholars is a 501(c)3 college scholarship and student support program that serves low- and modest-income high school students and adult learners in a six-county, bi-state service area. KC Scholars was launched in fall 2016, has completed three application and award cycles, and has over 3,000 Scholars in the program currently, near 1,200 of them in college in fall 2019. There will be near 10,000 in the program by 2020 and near 20,000 by 2027. Before transitioning to the Kauffman Foundation and now to KC Scholars, Tankersley-Bankhead previously served as the executive director of the Missouri College Advising Corps (MCAC), a full-time near-peer college advising model headquartered at the University of Missouri and serving in high schools statewide that had high proportions of low-income, first-generation college-goers. Tankersley-Bankhead also previously worked at the University of Missouri (MU), University of Central Missouri, Kappa Delta Pi, University of Nebraska-Kearney, and Eastern Illinois University.