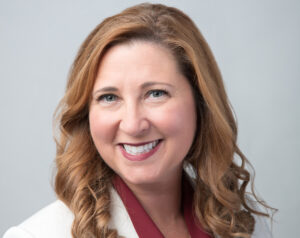 Member
Zora Mulligan
Commissioner
Missouri Department of Higher Education and Workforce Development
Zora Mulligan has served as Missouri’s Commissioner of Higher Education since August 2016. During her time as commissioner, Ms. Mulligan and her team have partnered with colleges and universities around the state to substantially improve transfer for Missouri students, increase graduation rates by offering alternatives to remedial coursework, and implement new rules that give public colleges and universities greater ability to meet statewide and regional workforce needs. In 2018, Ms. Mulligan and Missouri’s Director of Economic Development co-led Talent for Tomorrow, an initiative that built a statewide coalition of corporate executives, educators, community leaders, legislators, and members of the executive branch to develop and advocate for a comprehensive suite of proposals to address workforce needs. Those proposals, which included restructuring state government to bring the agencies responsible for postsecondary education, workforce development, and economic research together; funding for public colleges and universities to develop or expand academic programs that lead to jobs in high-demand occupations; and a full-tuition grant program for adults, were featured in Governor Mike Parson’s 2019 State of the State address and adopted by the General Assembly during the 2019 legislative session. Ms. Mulligan is a native of West Plains, Missouri, and a graduate of Drury College and the University of Kansas. She previously served as chief of staff to the University of Missouri System president, executive director of the Missouri Community College Association, and assistant attorney general. She lives in Jefferson City with her daughter Anna Lea.